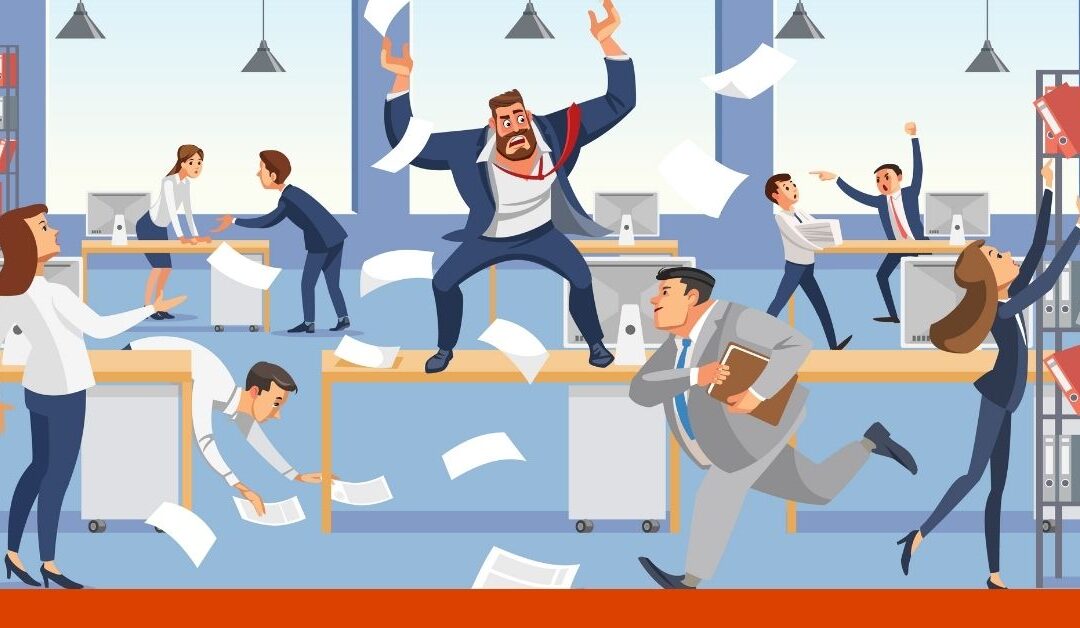 Let’s face it. Leaders don’t set out to be dysfunctional or to create chaos and employee disengagement. Yet it happens as a matter of course, with little being done to challenge or change it. It’s easy to recognize because you hear the complaints from employees and even senior leaders. But it can be a challenge to actually know how to deal with it. Senior leaders contribute to the dysfunction of their leaders when they don’t admit themselves that they need help in putting together a leadership performance improvement plan, establishing clearer expectations and holding their dysfunctional direct report accountable for their behavior. In essence, they become a part of the dysfunction. What appears to be the biggest challenge when it comes to holding them accountable is when the dysfunctional leader is functionally successful and brings a unique expertise to the business that is difficult to replace.

We expect our leaders to demonstrate maturity and emotional intelligence, however, many leaders and executives are authoritarian, permissive, abusive or narcissistic. They get away with their highly dysfunctional behavior because their bosses are afraid of disciplining them. These leaders believe they are entitled to behave the way they do, and others who should be holding them accountable demonstrate through their lack of courage, a willingness to enable them to pull the organization into greater dysfunction.

When even one senior leader acts out of alignment with the stated values, goals and behavioral expectations of the business, they create organizational dysfunction. It has a negative impact on the employee experience, reduces productivity, and can lead to costly turnover. Senior leaders must take responsibility to their own abdication of responsibility for ensuring alignment of behavior and tolerating dysfunctional behavior that costs the organization. Simply firing a leader who has value doesn’t deal with the systemic dysfunction that enabled them in the first place.

Here are four common impacts of dysfunctional leadership behavior and why it needs to be addressed as soon as it is identified.

When a leader prioritizes meeting their own ego needs, acting from the belief that the rules are for others and they don’t have to conform because they are successful at the functional aspects of their job, they create chaos and emotional insecurity amongst staff.  Many leaders have the belief that their employees are there to meet their needs and they only need to minimally coach or support their development. While the expectation for leaders in the organization is to develop their people, dysfunctional leaders focus so much on their own agenda that employees are left floundering, not knowing what to do or what is really expected of them. When they fail to meet unstated expectations, they are criticized or shamed for not getting things right.  A dysfunctional leader can effectively drive away top talent and actually increase the likelihood that you will retain marginal and low performing talent as a natural result of the leader’s dysfunction. Therefore, it’s important to recognize dysfunctional leadership early in an organization to prevent discontent from spreading and impacting top talent.

Dysfunctional leaders often create a culture of fear causing employees to become stressed and anxious about their job. The work environment is also affected becoming highly stressful and tense. Employees become demotivated and on guard, fearing they will do something wrong. Dysfunctional leaders do not see they are the cause for the lack of motivation but instead, blame it on the employees, making the situation even worse. They might even operate from the fixed belief employee motivation comes from creating a structured set of rewards and punishments and hand them out freely. This leads to further employee stress. The workplace becomes rigid and excessively demanding, creating high absenteeism, hostility, and lowered productivity.

Commitment, creativity, and innovation are typically negatively impacted or eliminated by the dysfunctional leader. In fact, people stop themselves from offering suggestions or bringing issues to meetings. They become disengaged, only doing what they are told and losing interest in the organization. They end up waiting for the inevitable failure this leadership produces or the removal of the leader. You often hear employees say that “no news is good news” and they stop expecting any type of positive feedback or inclusion in the bigger picture.  When the leader’s dysfunctional behavior causes a lack of involvement from the employee in the decision-making process, it leads to employees not assuming ownership of their work, contributing to poor morale, lack of engagement, little commitment to organizational goals, and high turnover. Subordinates become heavily dependent on the leader and can become useless in running operations if their leader isn’t there.

Leaders that behave dysfunctionally can also be excessively permissive, abdicating their role authority and taking everyone’s ideas into account to avoid conflict. In team meetings, they don’t use rules of order and let infighting and dysfunctional behavior amongst team members exist, expecting them to deal with it on their own. They may seem to others that they are incapable of leading, managing or correcting the performance of their subordinates or team.  When conflict exists, the dysfunctional leader withdraws, leaving his team to work it out on their own. They expect that employees engage with each other and develop conflict skills that they don’t develop themselves.  The type of dysfunctional power dynamics that occur between employees on this team will get in the way of setting and achieving goals. Team meetings become a waste of valuable time and costs the business large amounts of money in lost productivity.

These are only a few of the results of dysfunctional leadership behavior. Regardless of the dysfunction, leaders need to be held accountable for not achieving their objectives and for changing demotivating, devaluing and other behaviors that cause employees to shut down and become less productive or demotivated. Considering the impact that a leader can have on the culture of an organization, a team, and even the bottom line, doing nothing is not an option.

Just because a leader produces business results and makes the company money, doesn’t mean they get a free pass on their people leadership objectives. Senior leaders must be direct and clear about what leadership behaviors are being observed and what successful behavior looks like. For many dysfunctional leaders, they aren’t aware of the negative impact their behavior has and must be made aware of it, with consequences should their behavior continue. Yes, even senior leaders must keep managing performance.  New leaders need constant direction, correction and coaching to develop the people side of leadership. Often, leadership coaching for both the dysfunctional leader and their leader are required to dismantle the dysfunctional leadership behavior at both levels.

Anne and Heather are organizational and leadership development experts at Caliber Leadership Systems, a boutique consulting firm specializing in dismantling of dysfunction in organizations. They are dedicated to empowering individuals, leaders, and organizations to achieve their potential by leveraging their expertise in the neurobiology of human development combined with system thinking approach. They wear many hats – Consultants, Executive Coaches, Trainers, Speakers and Authors – adapting their expertise and solutions to meet the needs of their clients. They bring a unique depth and breadth of knowledge and experience that gives clients the benefit of all of our disciplines to help them achieve their goals.