Leaders Can Be Entitled Too 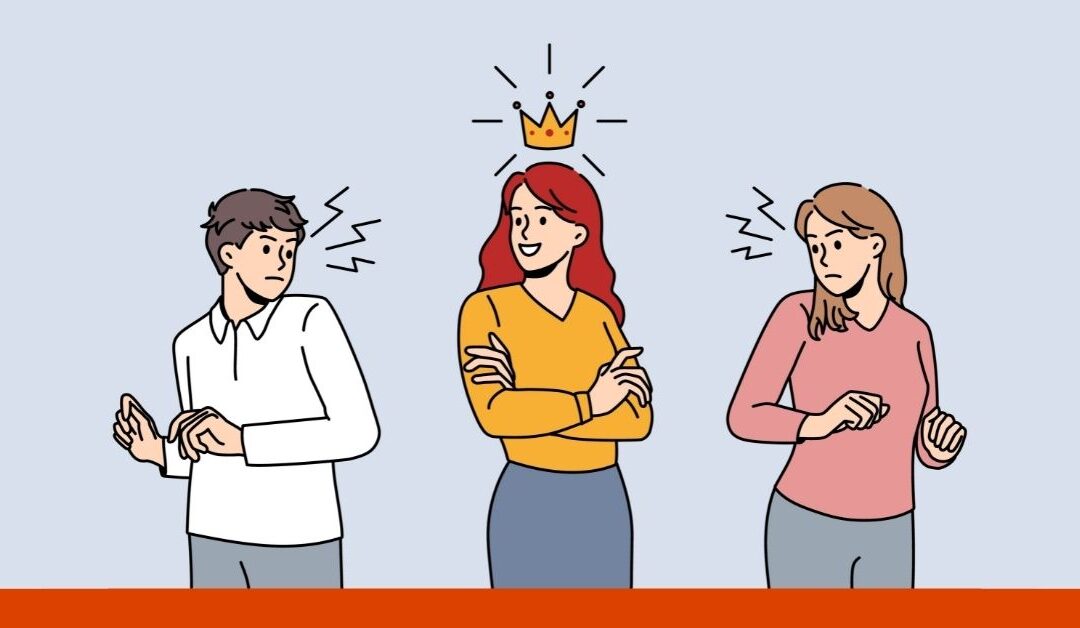 Employee entitlement is on the rise, and while this attitude is most noted in people between the ages of 18 to 35, everyone can operate from their own sense of entitlement. Entitlement arises from our fixed beliefs about our behaviour and what we are allowed to do based on our own authority.  The last couple of generations were indeed raised to believe that they should always win, be rewarded and recognized without really having to do much for it and as a result, never learned to delay gratification, work through challenging situations or tolerate disappointment.

And while employee entitlement is more overt, many leaders also feel entitled to lead the way they want to and do what works for them without regard for how their behaviour is affecting their employees. They tend to believe they are entitled to compare employees to themselves and judge them as “less than” without feeling any responsibility for their development. They lack emotional self-awareness and often use their emotions and the force of their personality to get what they want. Entitled leaders spend more time complaining about the behaviour of entitled employees than they do reflecting on their own behaviour.  The dysfunction of entitlement is sort of a “pot calling the kettle black” situation with leaders failing to lead and align employees to achieve business outcomes.

Earned vs. inflated or deflated entitlement

There are actually 3 types of entitlement, not just the one that many leaders refer to in Millennials or Gen Z.  One is authentic leadership entitlement, or what our role states we are allowed to do in the performance of our role. The other two are adaptive, based on our image of what we believe we deserve. We can either have an inflated (high) or a deflated (low) sense of entitlement. It’s more of a psychological perception or belief than an objective assessment of what rights, rewards or expectations we have for ourselves. Dysfunctional behaviour in organizations arises when one person (employee) has inflated entitlement and the other (leader) deflated.

Entitled leaders and employees have a “what’s in it for me” or “just like me” attitude. High entitled employees have an inflated self-image and expect others to treat them as though they are special. They don’t feel they have to work hard to succeed, and if they can find a way to get others to do their work, they will.  Low entitled leaders and employees give their power away to others, work harder than necessary and compensate for the lower performance of others. And all entitled employees complain — a lot because they believe they are entitled to having things the way they believe they should be. This means that anything wrong that happens is somebody else’s fault and not their responsibility to do anything about it. They whine about the injustices of their employees, bosses, peers, and the organization without considering how they are contributing to the issues.

In today’s work environment, there is a tendency to see low entitlement in leaders and high entitlement in employees. This is where it has the greatest impact on the organizations, especially when leaders don’t know how to act from stated authentic leadership entitlements. When the low entitled leader interacts from a permissive, hand-offs position, they believe employees will act respectfully, rationally and behave in what they consider a reasonable fashion (Just like them). One of the core beliefs of low entitlement is that if I comply with what my boss wants me to do and respect my boss’s agenda and requests over my own, my employees will too, and I will be rewarded as the great boss I am.

Because their high entitled employees are singing from a very different song sheet, it catches low entitled leaders off guard.  They often don’t know how to deal with the irrational responses to requests (“No, I can’t do this by the end of the day. I was thinking of leaving early.”) Or corrective feedback (“That way of doing it is too hard. My way is easier.”) Easily on the defensive, a request for correcting spelling and grammar in a document might trigger a disrespectful response (“I figured you’d take care of it for me.  I have so much on my plate. Anyway, what’s the big deal. No one pays attention to those things anymore.”) Because the leader doesn’t anticipate this type of irrational behaviour because of their own beliefs, they are shocked and don’t know how to respond and so they allow it.

A high entitled leader can set the tone for many organizational dysfunctions, especially when there is a senior leadership group that is overly focused on themselves and their own agenda.  When leaders have an “I” focus and aren’t striving with others to cultivate a “we” orientation to leading, they do things their way without regard for the impact on others.

We’ve seen leaders when acting from high entitlement do things as extreme as rewriting the company strategy, changing company goals, policies, and priorities, or as seemingly simple as hiring someone without getting sign-off from their manager. Their entitlement allowed them to make decisions despite not having position authority. Entitled leaders don’t even feel the need to get buy-in for a change process or support from senior management.  Then wonder why they get shot down when they introduce something they already have in the works and have spent money on.

Also, alignment isn’t a word they have in their vocabulary or a guiding principle for their planning. They don’t spend time getting to know the organization or testing the ideas to make sure they’re necessary or valid. It’s all about them being the leader and doing what they feel like doing, which is usually acting on whims or their own agenda. They don’t get that being a leader means they are one piece of an organic system (the organization) and that everyone plays a critical role. When entrenched in their entitled beliefs and excitement about what they want to do, they don’t consider their responsibility to align to the organizational norms or mandates.

You also see high entitlement in new leaders who focus immediately on things that need improving or change “according to them.”  Rather than spending time orienting themselves to the current role and expectations, they begin the process of getting everything and everyone aligned with how they think things should be. The entitled mindset and driving beliefs for this behaviour are, “My position grants me the authority, power, and mandate, and I’m just going to make the changes I see fit.”

Complaining and deflecting represent a lack of leadership maturity and emotional intelligence. It also becomes time-consuming and draining for those who are on the receiving end of the complaints. Entitled employees are quick to blame everyone else and have an image of themselves as successful, competent, and of course, entitled to all that brings. Should something go wrong, they are never to blame. Instead, they look to others or the organization for the cause of the injustice. They don’t take any accountability or see how they have anything to do with the problem, even if they are failing in their job.

Too many leaders are permissive, acting like colleagues and cheerleaders, creating a mediocre workforce unprepared for the rigours of the career path they have chosen. We foster greater entitlement when we tell an employee they are doing a “great” job just for sending an email for us.  We contribute to the idea they are more competent than they actually are by using superlatives to describe their performance instead of providing them with clear expectations and giving descriptive feedback relative to the expectation.  When we overdo the praise without showing them their performance gaps, we as leaders suffer the consequences.

As leaders, we must stop blaming high entitled employees and start developing the leadership skills necessary to strengthen authentic leadership entitlement so they can deal with poor performance and other challenging behaviours in order to ensure everyone’s success.  Leaders must recognize that their lack of entitlement to exercise authority causes them to enable high entitled employee behaviour and give in and then blame them and say it’s all their fault. We can act as though we have no power instead of recognizing that we are choosing to give our leadership authority away.

Employees need guidance, effective leadership, and opportunities to grow and develop. They need to be respected, listened to, and appreciated for what they can contribute. They need their leaders to define expectations, give feedback, recognize success and be honest about their capabilities. The entitled leader will judge an entitled employee to be immature or write them off because they don’t behave as we did at their age or in their role.

Most of the Emotional Intelligence competencies come from our executive function – emotional self-management, accurate self-assessment, social awareness, stress management, impulse control, etc. Many of the complaints you hear about entitled employees are directly related to low EI as a result of them never having to develop it. Entitled employees need to be weaned off of immediate gratification and the addiction to approval. This is done by providing clear expectations, feedback and consistent performance management.

While they might want to run before they walk, it’s the role of the leader to hold boundaries firmly in place until the entitled employee has demonstrated sufficient ability to delay gratification, share success with others and manage their emotions.  Use objective, unemotional language to give performance corrections and never be punitive or shame them.  Your consistency, holding your authority and being firm but fair allows the entitled employee to thrive within your organization rather than creating the drama they often do when they don’t get their own way.