Pulling Back the Curtain on an Overly Controlling Boss 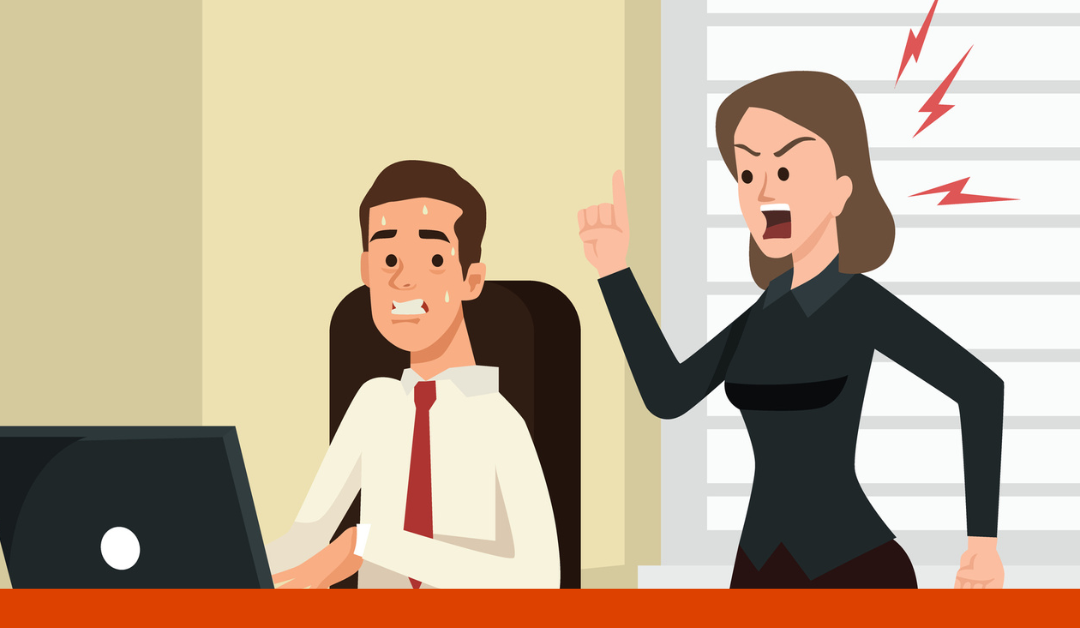 There is nothing unusual about a top-down leadership model, as it has been used in businesses and organizations since the Industrial Revolution. Hierarchies are simplistic models for organizing and leading people, relying heavily on command and control to get people to do what is required. In organizations, people with a strong work ethic, decisiveness and the ability to take on increasing amounts of responsibility rose up the ranks of the hierarchy.

Some personalities naturally enjoy responsibility and control and easily assume leadership roles. Naturally directive, they easily make choices for others and tell them what to do. They enjoy their position power and ability to oversee and control the performance of their people. With one person deciding and with rules of behavior it lends itself to greater efficiency and quick decision-making. This is a simple model for leadership, reducing chaos and asserting control over the processes and the operations of the business. It is also useful in situations where a business faces constant change due to a tumultuous marketplace. It allows the leader at the top to react to what is going on without having to discuss, include, and make collaborative decisions by getting everyone on board. The process for making decisions is simple, and the top-down hierarchy lends itself to fast turnarounds when needed.

The Autocratic Leadership Style is most effective in situations where there is a need for establishing status quo by defining, organizing, establishing deadlines, etc. It works in organizations where employees need to focus on performing specific tasks without worrying about making complex decisions. It lets them become highly skilled at performing certain duties, adding value to the business as a whole. However, the downside of the Autocratic Leadership Style is that employees are stifled and their development is impeded by the need to conform. They often achieve their goals at the expense of flexibility, openness, authenticity and collaboration.

Each leadership style has a self-actualizing and self-protective set of behaviors. When self-activating or leading from their authentic self, these leaders have learned to share and delegate authority throughout the hierarchy. They have developed their people leadership skills and recognize the impact of their behavior on others. When they lead from their Self-protective Persona, they become autocratic and controlling. We call this the Autocratic Leadership Dysfunction.

We all have self-protective personas that we use to survive difficult experiences. Wired in our brain from birth and developed during our formative years, it ensures we are psychologically safe and that we survive the rigours of childhood. All self-protective personas are “I” focused as its sole agenda is protecting the self from harm. It’s an instinctual, human response with the brain set to “call in the troops” to defend against a perceived or real attack. As we develop, our authentic self becomes stronger and our persona becomes a part of who we are.

Those people who use the Autocratic Self-protective Persona have a predominant need to be in control. This need is associated with the Leader Striving Style (Jung’s Extraverted Thinking Function) and is located in the left rational brain and is the driving force for this persona. Other functional qualities of the left rational brain include planning, organizing, power, control, objectivity, critical thinking, and competitiveness and are the hallmark of the Autocratic Leader. They tend to view collaboration, cooperation, emotional expressiveness, empathy, and caring and concern for the experience of employees as inefficient and unproductive at the best of times. When self-protective, they have no time for them at all.

Those with an Autocratic Self-protective Persona use it to varying degrees. Without development, they can use it most of the time, thinking this is who they are. They behave the same at home and in personal relationships as they do at work. Others use it situationally, to mask incompetence and inexperience, to demonstrate authority when feeling threatened, when they are blindsided, or when they are stressed or run-down.

The behaviors of the Autocratic Self-protective Persona are characterized by a pervasive need to be in control. Their position at the top allows them to focus on getting things the way they want with minimal personal interactions. When leaders are unaware of having a self-protective leadership persona, they are at the mercy of their behaviors.

While there are many Autocratic Leadership behaviors, the following are examples of the more frequent ones and the type of organizational issues they create.

At the best of times, this leadership style likes to be the one making the final decision. When they are leading from their Self-protective Persona, they believe they are the only ones who can make the right decision and refuse to gather input from anyone else. Self-protective Autocratic Leaders don’t realize they are being inflexible. They think the way they do things is the right way and will refuse to take advice from anyone. While they may hear what the other person is saying, they argue and rationalize their position, putting energy into discounting, opposition or dismissing the advice rather than considering its value.

When self-protective, the Autocratic Leadership Persona can’t tolerate individual differences and lump anyone who is into a group they deem irrational or stupid. They feel that anyone who isn’t with them is against them. They are only able to tolerate like-minded individuals who don’t shake up or challenge the status quo. Autocratic Leaders will also distrust ideas or solutions to issues that others come up with that are different from their own. When someone puts forward an idea, they can feel and act as though their leadership is being threatened because it wasn’t their idea. It doesn’t matter whether the ideas are good or not. It just wasn’t the same as theirs.

Normally measured in their approach, when leading from their self-protective persona, they use the power of their emotions to get others to make things happen and become loud and upset when mistakes are made or employees aren’t doing things the way they would. They have little concern for the impact of their behavior on others. They will jump in and do things themselves showing their contempt for the person who wasn’t doing it right, disregard the hierarchy and reprimand their direct reports, yell at employees who ask simple questions, and react to issues instead of resolving them.

When using their Self-protective Persona, Autocratic Leaders become at best bullies and at worst, dictators. They expect everyone to conform to how they want things done and think the way they think. Any opposition is met with increased aggression if the way they want things done is challenged. They lose their temper when contradicted or disrespected believing that no one is entitled to challenge them, even if they have asked for other’s opinions. Their peers and direct reports are intimidated into silence, causing them to acquiesce and give in, even when they know it’s not the right thing to do.

The Autocratic Leadership Persona sometimes behaves like old-time feudal lord, getting work done by issuing threats, punishments and evoking fear. They expect others to conform to their work ethic and judge others as lazy and hopeless when they aren’t as productive as they are. They feel powerful by being productive and because they drive themselves relentlessly, they drive others the same way. Self-protective Autocratic Leaders see work that needs to be done and don’t stop until things are finished and expect their employees to do the same. These are the people that fire off emails at 3 in the morning and are irritated when they don’t get a response by 7.

Those with an Autocratic Leadership Persona think of their employees as a means to an end. Because they aren’t aware of their own feelings when they are self-protective, they don’t empathize, recognize or identify with the feelings and needs of others. They judge employees who are emotional as weak or immature. They are more concerned about the usefulness of people to them than how they feel. They dehumanize the experience for themselves and others.

When self-protective, Autocratic Leaders don’t empower employees or delegate authority and decision making throughout the ranks. Everyone has to come to them which meets their need to be in control but creates a bottleneck for getting things done. They expect even the most senior people to come to them for decisions. Should someone make a decision without first consulting them, they are reprimanded and punished by the Autocratic Leader. They unknowingly make their direct reports dependent on them by assuming to know what is best for them. They act as though they are the only ones capable of having good ideas or making decisions. Much of their behavior is to make sure that they retain and increase whatever control they have for as long as possible so that they won’t feel anxious about losing control.

Those who use an autocratic leadership style have a very direct communication style and normally do a lot more telling than asking. When they are self-protective, they become a closed system, rejecting information coming in that doesn’t align with their thinking and controlling who gets what information and when. They communicate on a need-to-know basis and don’t disseminate information throughout the organization. Self-protective Autocratic Leaders control discussions and interactions with their direct reports and dominate meetings, barking orders and expecting compliance.

You Can Change Autocratic Behavior

Autocratic behavior is a form of self-protection. Long-standing self-protective patterns of behavior can be changed and new, productive responses and patterns can be put in their place. Remember, this is a Self-protective Persona used by leaders whose brains are wired to use extraverted thinking (Leader Striving Style, ESTJ, ENTJ, ISTJ, INTJ). Without development, we continue to use our Self-protective Persona instead of developing our authentic leadership potential. Becoming a conscious leader requires you to step out of your comfort zone, learn new skills, engage with people in different ways and put the agenda of the organization and its people ahead of our survival agenda.

Leaders’ self-protective behavior can negatively impact every aspect of organizational life. It creates dysfunction and gets in the way of productivity, employee development, achieving business goals and team cohesiveness. Find out more about Dismantling the Autocratic Dysfunction by listening to our podcast.