Behind the Smoke and Mirrors of a Narcissistic Leader 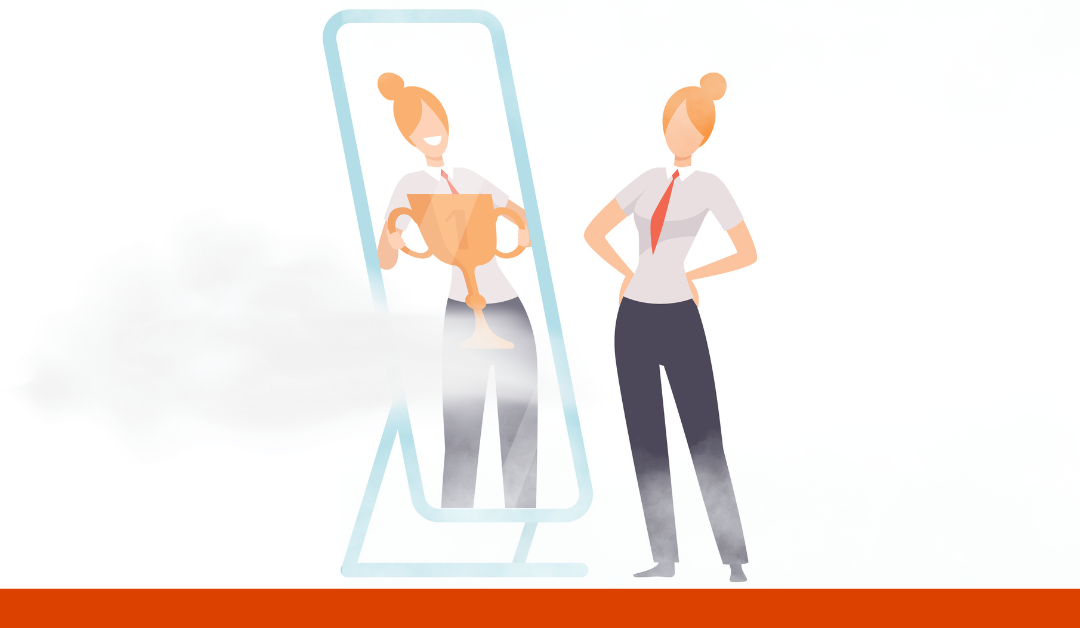 Recognizing your self-protective patterns of reacting to narcissistic behavior is the first step to releasing yourself and dealing with it.

People with a narcissistic persona become leaders because they feel entitled to a place at the top. They don’t always have the skill or competence to lead, but their ever-present self-interest and survival instincts cause them to be very successful. Charismatic and influential, they stand out from their peers. They tend to be outgoing, socially confident and enthusiastic. Others are naturally drawn to them and are happy to follow and work hard to please them. Narcissistic people expect others to do what they want and follow them without question. They naturally sell their image and impress those above them to get what they want. Unfortunately, promoting a person with a narcissistic persona into a leadership role without a strong boss, clear expectations and an accountability strategy will have a strong, negative impact on employees, outcomes and the organizational culture.

Narcissists may be good at rising to power within an organization, but their success usually doesn’t last long. Once people see past the image to who they are and what they are actually capable of doing, it is too late. Studies have shown that narcissistic managers are generally rated as average for problem-solving skills, but below average for “leadership skills, interpersonal skills and integrity.” Their inability to empathize, share credit, and build bench strength leads to poor bench strength and a fear-based culture. These are the leaders that competent people leave, or they are fired for showing up the narcissistic leader.

It’s painful to watch so many normally decent and well-intentioned people around Donald Trump behaving the way they do. It’s as though they have left their bodies so that they can tolerate the lies and deceptions or avoid being a target of his narcissistic rage. Like other narcissists, Trump organizes his life around the goal of being superior. Little else matters and anything else, including the health and well-being of his country and the people who serve him so loyally.

Why Does This Happen?

Narcissists unconsciously control others by overriding our bonding mechanism. In healthy relationships, we bond with another while maintaining two separate identities that coexist. With a narcissist, they don’t bond; they fuse. They don’t have what’s called “self-constancy,” and they can’t maintain a stable sense of who they are without having consistent, frequent admiration. They depend on others to mirror back to them what they need to see and demand like-mindedness, which means that you must become one with them. Fusing with them means that you feel compelled to be in the service of their needs and to regulate their feelings. You cease to exist to them as an autonomous being.

Most people aren’t aware of this unconscious process, especially if the person is in power and has authority over our lives. This easily triggers our self-protective persona. If we aren’t aware that we have gone into survival, feeding the narcissist with our own power, we can lose ourselves for years into dysfunctional and abusive relationships. When we fuse with a narcissist, we will be used and cast aside when they no longer need us. And make no mistake, they will kick you to the curb if you don’t act right. They go through people like most of us go through toilet paper. Because narcissists can’t tolerate their feelings, you will be the “bad“ to their “good”, blamed for everything that goes wrong, held responsible for their negative feelings and the target for their nasty projections.

Many who are in fused relationships with narcissists convince themselves that they are okay and that they have some power or control over them. But they really don’t. You know that expression, keep your friends close and your enemies closer? With narcissists, we become one with them. The larger issue is that they become the center of our world, and we focus more on their needs and feelings than we do our own. We have many clients whose criterion for presenting ideas or lines in their budget is whether their boss will like it or not or whether it will make them angry.

Learn more about the four ways we fuse with narcissists: https://bit.ly/3fh2UMB

So Easy to Blame the Narcissist

It’s so easy to blame the narcissist because they appear larger than life and demand our attention, one way or another. Yet if you let a kid run a candy store, who is really to blame when they get sick from eating too much candy? Narcissists may seem to be the problem, but if we are conscious, autonomous human beings who continue to enable them, we have to look at ourselves. We aren’t helpless and don’t have to compromise our integrity to keep a job or so we don’t get yelled at. Our behavior can be just as problematic as theirs, and we know better!

Tips for Dealing with a Narcissistic Leader

1. Know Yourself and Your Self-Protective Persona

Dealing with a narcissistic boss, peer or employee means that you have to know yourself and your own self-protective persona. Narcissists trigger our nervous system, especially when they attack, blame or criticize us for their issues. Our fear causes us to react to protect ourselves from feeling devalued, embarrassed or useless. Make sure you don’t put them ahead of your own goals, objectives and ambitions. Just because they devalue you doesn’t mean you have to prove yourself. Identify your “triggers or buttons” and your self-protective responses. And make sure you know your own worth, independently of the narcissist’s valuation of you and the way they make you feel.

2. Manage Them, Don’t Enable Them

Don’t forget that there is a child in an adult body when you are dealing with a narcissist. If you have a tendency to be permissive, to rationalize their behavior, or indulge them in the hopes you will get something in return, that will never happen. You don’t have to compromise yourself and contribute to their dysfunction. You have authentic power and authority to speak the truth, to correct inaccuracies and to take credit for your own work should they try to usurp you. You aren’t a victim unless you choose to be.

Narcissists are at the mercy of their impulses. It doesn’t mean you have to be too. It’s important that you exercise self-management and not react to their behavior. Getting angry or fighting with a narcissist makes you look bad and gives them ammunition to attack you with. The way they make you feel doesn’t define you; it is about them. Stay objective and don’t make their behavior about you!! Practice self-management and non-defensive communication.

They are self-involved and their agenda comes first. They really aren’t interested in others or how others feel. Don’t deceive yourself or pretend the behavior of a narcissist is like everyone else’s because it isn’t. They think they are superior and everyone else should change and adapt to them. That isn’t going to change unless they want to. You have to accept them for who they are, manage their behavior, or leave. Don’t think they can be different than they are and try to fix them.

In addition to boundaries, you have to draw your line in the sand. For example, a non-negotiable is I don’t let anyone be verbally abusive. We’ve suggested to clients whose boss has become verbally abusive to leave, calmly saying, “Respectfully, this conversation has become unproductive and I don’t see a purpose in continuing.” This is not a cause for dismissal. No one who has ever done this has been fired, although most are afraid they will be. It works. You have to know for you, what is enough. Remember that their behaviour isn’t going to change, and have an exit plan when you have reached the point of them compromising your values and your integrity.

Stop Being Part of the Problem

Self-protective behavior is a normal human response to a threat. But when we don’t know we have become self-protective; when we convince ourselves that the narcissist in our presence really knows what they are saying, or we find ways to validate them, we are the problem.

Make no mistake, there is no motivation for the narcissistic persona to do anything about their behaviour. They have no desire to change and develop. Their behaviour, approach to life and the way they treat others is all orchestrated to meet their need to feel the way they must feel for psychological stability. It is not something that can be changed even when it’s causing them problems. We can delude ourselves into thinking that these people can change or develop and they are like we are. They are not. They have to be boundaries, managed and held accountable. If not, they are like kids, sometimes obnoxious diva-like kids, who are nasty when they don’t get their needs met. They blame, devalue, call others names, publicly humiliate and shame others to shift the focus from their inadequacies.

Because they trigger self-protective behavior in others, we must be ready to create boundaries, have non-negotiables, give consequences and be prepared to leave. Just because they are extremely sensitive and react badly to any perceived criticism, disagreement, or perceived slights – all that they view as personal attacks – doesn’t mean we don’t boundary their behavior. Many live in fear of their demands and validate them even though they are wrong just to avoid their rage and punishment. This is collusion and can be seen as being worse than narcissistic behavior itself in that the narcissistic persona has no choice. They are in survival mode. We have a choice. While we can’t change their behavior, we can maintain our own integrity, not take their behavior personally, prevent acting out, and provide oversight to ensure damage control.

Leaders’ self-protective behavior can negatively impact every aspect of organizational life. It creates dysfunction and gets in the way of productivity, employee development, achieving business goals and team cohesiveness. Find out more about how you can develop powerful, authentic leaders to drive your organization’s success by listening to episode #22 of our podcast, entitled “Dismantling the Narcissistic Dysfunction”.

For more information on leadership coaching and how to break free of the grip of the Caretaker Leadership Persona, contact Anne at adranitsaris@caliberleadership.com.

Learn how you can lead with authority. Get a copy of So You Think You Can Lead? on Amazon.