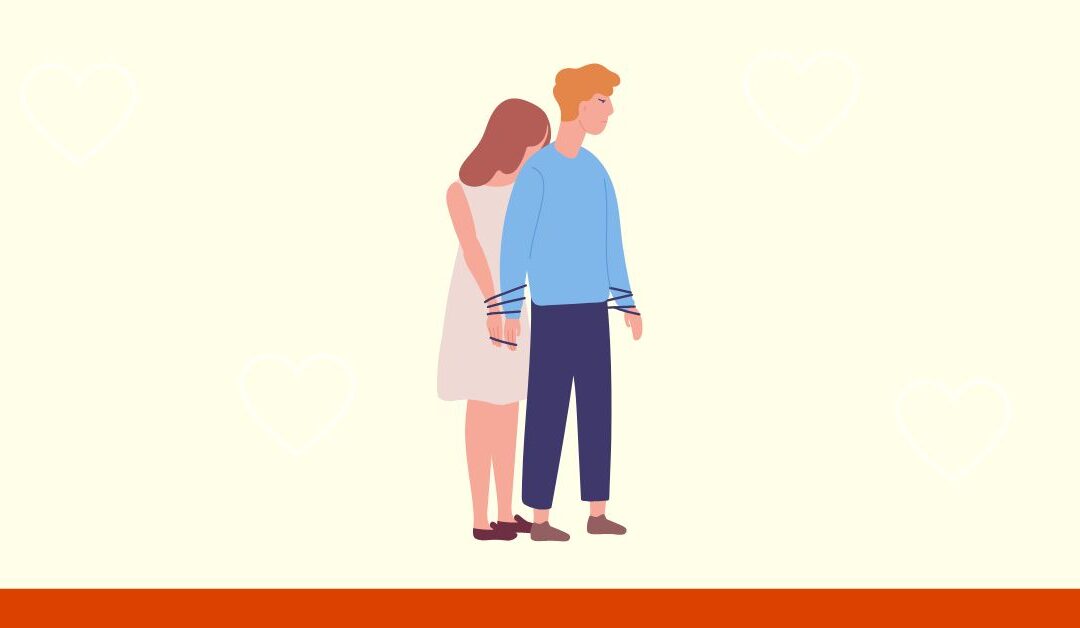 “Would you consider yourself codependent?” When asked that question, some people will say yes, and others will say, no, but I think my partner is. If you think you are codependent, you are not alone. The prevalence of codependency is hard to state with certainty, however, some estimates suggest that over 90 percent of the American population demonstrates codependent behavior.

Most of the time we equate codependency with a clingy, needy person who takes a lot of abuse from their partner, boss, children, and friends. We may think of the codependent person as the peacekeeper in relationships, putting needs aside and taking care of others or of someone who constantly blabbers or complains about their partner and never talks about themselves or their own needs.

It’s a skewed way of looking at codependence from the standpoint of a relationship. A codependent relationship has two people fusing as one and they are both equally codependent. As they say, it takes two to tango and if two people form a relationship with one being a dominant and one a submissive person, as with most role-driven patriarchal, traditional marriages, both people are codependent. It is like a general that needs a soldier to boss around or a nurse that needs a patient to care for. The dominant and submissive codependents are both meeting psychological survival needs that are different but make for a perfect dysfunctional fit.

The term “Codependency” was first identified in association with chemical addiction. Its definition has changed and expanded dramatically from the early years when it was initially the name of a collection of behaviors of someone who was in a relationship with an alcoholic or addict. From there, it evolved and became a movement of its own with the definition expanded to anyone who had grown up in a dysfunctional family, were caretakers, or took a submissive position in a relationship.

Codependency has also become known as a “relationship addiction” because the person considered codependent is the one that does all of the work to make sure the relationship survives. Their addiction is to people with emotional problems or who have poor self-management and impulse control (addictions). The codependent person must take care of others because that is what they did to survive their childhood. They adapted their behavior, so they would not need anyone or anything.

During the last three decades, codependence started trending heavily because it was easy to self-diagnose. Now, anyone with relationship problems, intimacy issues, dependence, caretaking, control, submission, denial, dysfunctional communication, lack of boundaries, high reactivity, or impulse control were considered codependent. Any relationship where one person was dominant and the other submissive or where one enabled the other person’s addiction, poor mental health, immaturity, irresponsibility, or under-achievement fell under the codependency umbrella.

The reality is that codependency is not a mental illness but a developmental delay. Unfortunately, many people approach it as though it is. As a result, they think they have to recover from it instead of developing through and beyond it.

Codependency is a collection of dysfunctional relationship behaviours and strategies that result from people getting stuck in the codependent stage of development. When our development is delayed during this stage, we feel secure and confident when we are alone, but revert to codependent strategies in relationships. While conscious of this duality, we are reluctant to try new behaviors or to assert ourselves for fear of losing the love or approval of others.

If a person is codependent, it’s because their psychological development was delayed. Their brain was wired in a self-protective fear pattern during childhood and adolescence. They use a variety of dominant and submissive strategies to get their security needs met at the expense of a healthy relationship. These behavioral strategies are identifiable and predictable when we know what to look for. They are used to manage anxiety, not to build strong, interdependent relationships.

What Are Codependent Relationships?

Codependent relationships consist of two people operating from survival needs with one dominating and one submitting. One needs attention and constant support to survive, and the other needs to give attention and support to survive. They are equally dysfunctional although we mostly see the codependent person as the one who is the victim of someone whose self-protective style is to dominate. These are survival (coping) strategies and not signs of mental illness.

Our fundamental misunderstanding about Codependency has resulted in millions of people suffering needlessly in their lives and their relationships, blaming, and shaming themselves and others for the things they do to be in a relationship.

What Can I Do If I Am Codependent?

We specialize in helping clients identify codependent and other dysfunctional behaviors in relationships. We have several counselling approaches we take – individual, group, couples – to help individuals break free of the dysfunctional codependent behaviors that are destructive to relationships. Call us for a consultation to find out how we can help.

You can also learn more about Dysfunctional Codependent Relationships on Episode 39 of our podcast, ‘Dismantling Dysfunction’: www.dismantlingdysfunction.com You’ll be introduced to a number of myths about codependence that get in the way of developing satisfying relationships.

Make sure you sign up for our weekly newsletters for tips on how to dismantle dysfunction: https://bit.ly/dismantlingdysfunction

Anne and Heather are organizational and leadership development experts at Caliber Leadership Systems, a boutique consulting firm specializing in dismantling of dysfunction in organizations.  They are dedicated to empowering individuals, leaders, and organizations to achieve their potential by leveraging their expertise in the neurobiology of human development combined with system thinking approach. They wear many hats – Consultants, Executive Coaches, Trainers, Speakers and Authors – adapting their expertise and solutions to meet the needs of their clients. They bring a unique depth and breadth of knowledge and experience that gives clients the benefit of all of our disciplines to help them achieve their goals