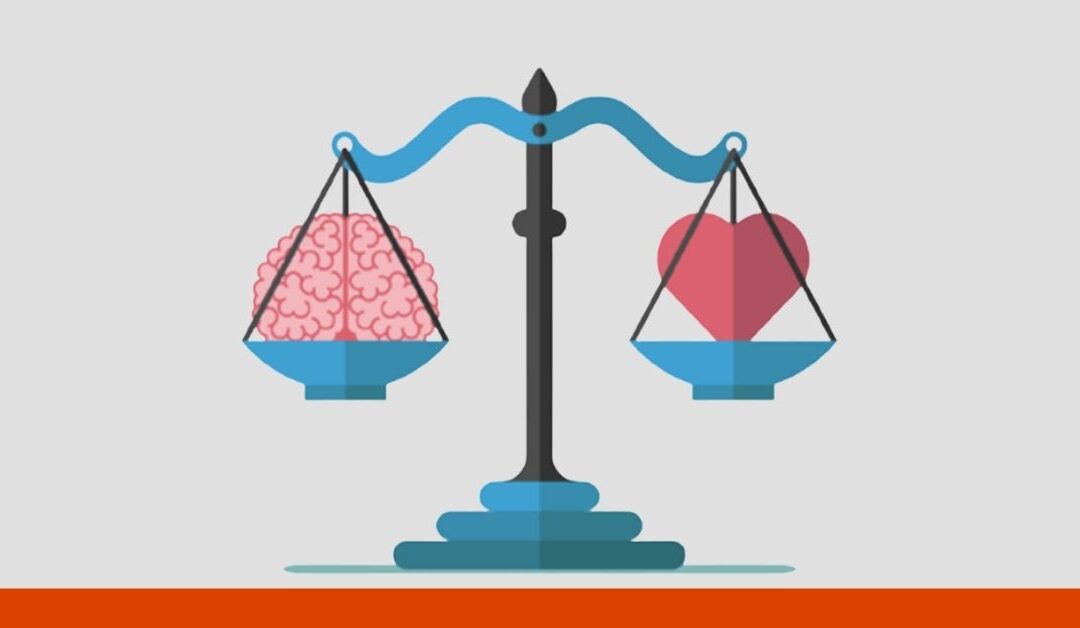 There has never been a time when emotionally intelligent leaders were more important and relevant than right now. The ability to create a sense of belonging, empathize with the employee experience, and engage not only their minds and bodies, but their hearts as well, is critical but still overlooked in most leadership training. Emotionally Intelligent Leadership has been proven to correlate with employee engagement, productivity, organizational performance, and lower levels of employee turnover and burnout. In addition, the need for leaders to foster psychological safety for employees in the workplace and take responsibility for ensuring it is embedded in organizational practices is only created by leaders with developed emotional intelligence.

Employees are looking to leaders to create psychological safety and if leaders don’t know what this means or have dismissed it as a current fad, it’s time to circle back and take it seriously or they will be one of the many leaders falling victim to the great resignation. Psychological safety means an absence of interpersonal fear. When psychological safety is present, people can speak up with work-relevant content. Organizations with leaders who dismiss the importance of EI, contribute to the absence of psychological safety for employees, especially in the areas of engagement, learning, innovation, and growth.

The problem is, most leaders don’t understand what psychological safety is let alone what they have to do to create it.

While the need for leaders with developed EI has never been greater, for leaders who can empathize with personal situations, create safety, and keep employees engaged and inspired about what is possible despite uncertainty, most leaders still have low IQ and are doing little to bridge the gap between the need and their responsibility to meet it. The dysfunction of low Emotional Intelligence and all of its destructive symptoms is the result.

Why is it that while it is talked about and well known that emotional intelligence supports employee satisfaction and engagement that leaders still aren’t developing it? Why does it still remain low in most leaders despite the organizational dysfunction it creates? Usually, it’s because leaders believe they are emotionally intelligent because they think or say they are. They often say, “of course, I am emotionally intelligent. I care about my employees”, what leaders believe EI means and what it actually is are very different. They don’t really understand what it means, and how many skills are included.

What is Emotional Intelligence?

Although Emotional Intelligence has been defined in different ways, we usually refer to it as the capacity for recognizing our feelings and those of others, for motivating ourselves, and for managing emotions well in ourselves and our relationships. There are five main areas to EI – Emotional Self-awareness, Self-Management; Motivation; Empathy; Social Skills and in these 5 areas, between 15 to 20 subskills depending on which model you use. While we may excel at self-awareness, for example, we may have little insight into the emotions of others and how to manage them.

We have many clients who rate high on Self-Management and low on Emotional Self-Awareness. This comes from the belief that emotions are to be controlled and this makes you emotionally intelligent. Leaders believe that because they control their emotions or don’t take the time to notice them, they aren’t affected by them and are therefore emotionally intelligent and somehow superior to those who can’t. The second part of this belief is that employees who express emotions are less emotionally intelligent, less competent, or weak by comparison. They equate high emotional intelligence with the absence of emotional expression rather than the appropriate use of emotional expression to engage and excite their people, motivate themselves and others, and know when anxiety or fear is impacting their decision-making.

Historically, the role and importance of emotions in leadership and business have consistently been ignored and rejected as relevant. While we might believe this is something that occurred in the past, our experience shows that while emotions and emotional intelligence is widely written about, it isn’t translating into leadership practices and organizational life. Emotional expression is still judged as unprofessional and those who express it are lightweights. The workplace is viewed as a rational environment where emotions impede sound judgment and common sense (whatever that is as it’s subjective and different for everyone). Emotions are seen as contributing to workplace dysfunction, lack of employee retention, and poor productivity but leaders aren’t owning their lack of EI as driving it. They instead blame employees. It’s easier to think that an employee is lazy than to consider they are being demotivated by a leader with low EQ.

The Cost of Low EI to the Organization

The reality is that emotions and emotional needs either negatively impact results, or they are managed and directed to improve outcomes. No matter how much leaders pretend they don’t let their feelings affect them, without emotional self-awareness, they can’t possibly know the impact they are having on their behavior and on how they are perceived by others. While many do a good job of ignoring or disconnecting from them, emotions are the drivers of our behavior and when suppressed, lead to subjective, reactive decision making.

When leaders and leadership teams have low emotional intelligence, a dysfunction emerges in the organization where employees don’t trust they can contribute without retribution, or they can disagree without negative consequences. This leads to a failure to thrive in many areas including:

The effective use of emotional intelligence skills allows leaders to modulate their leadership style, allowing for increased conflict management and persuasiveness, more effective change management, and consensus-building. We know that self-aware leaders are more likely to have insight into how to motivate and influence the behavior of their employees. It also helps them manage their own emotions, especially the emotional side of communication.

Using a psychometric assessment such as our proprietary assessment, the Striving Styles® Personality Assessment (SSPS), or the MBTI helps us to understand the mechanics of the mind and the natural behavioral preferences of each leadership style. It determines the natural approach to leadership individuals take and serves as a basis for their development plans. It is the first step in building self-awareness.

Emotional intelligence training to emphasize the practical application of EI concepts and to familiarize you with theory. Through individual coaching you will apply the EI skills that are the core of achieving personal awareness, connecting with others, managing impulses, engaging in healthy conflict and collaboration, and exhibiting resilience and optimism. 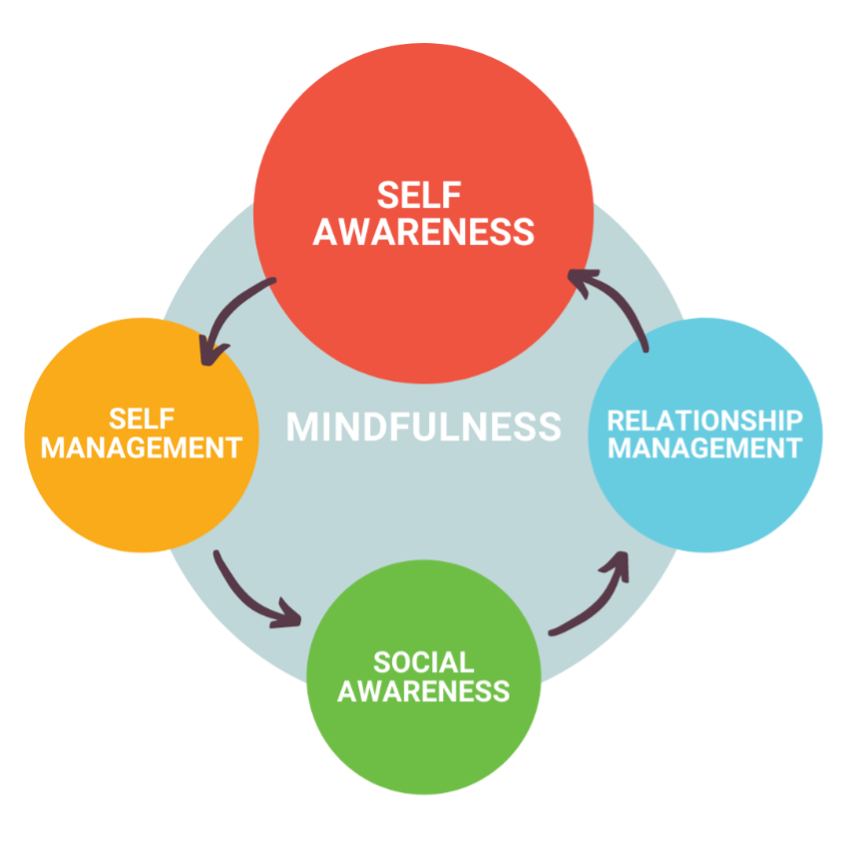 The practice of mindfulness allows leaders to manage their emotions and impulses. Responding, not reacting to what is going on and to others as well as not reacting to one’s triggers allows for greater self-management and skillful engagement of employees.

By developing emotional intelligence, leaders gain greater enjoyment from the people’s side of leadership. At the same time, they build trust and psychological safety through the genuine expression of caring not just about the work, but how employees feel and experience work. In our book, So, You Think You Can Lead? The first 2 of the 6 pillars of leading with authority are emotional intelligence competencies. Our leadership foundations program also focuses on the leader who is developing, starting off with understanding the emotional drivers of their behavior and building self-awareness. Without emotional intelligence, we can try to be “good” leaders but end up failing ourselves and our people.