Why Using a Leadership Persona Is Like Wearing a Disguise 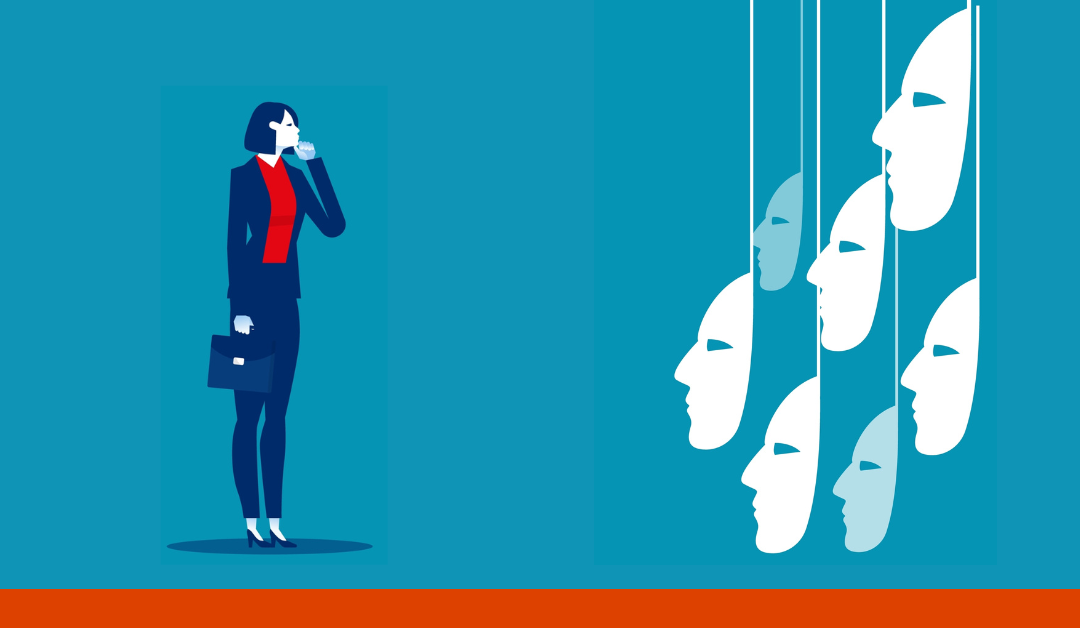 These are challenging, complex times. Uncertainty, fear and feelings of helplessness are causing many leaders to resort to self-protective behaviors rather than leading from their strengths and competence. Many leaders don’t have the skills to lead during a crisis and don’t want to admit it or get the help they need. Instead, they use their Leadership Persona to help them survive the experience. Without skills and development, we try our best to lead, but end up using our Leadership Persona to help us cope.

To keep leading authentically and on purpose, leaders have to be aware of their leadership persona, that set of coping strategies and natural behaviors triggered by emotions. Largely reactive and self-focused, they can compromise the leader, its employees and the reputation of the organization at its worst. It can cause employees to lose respect and trust during times when it is most needed.

What is a Leadership Persona?

A Leadership Persona is an adaptative identity; the personality that a leader projects to others and desires to be seen as. It is self-protective, with an agenda to make sure that others see us the way we want to be seen and do what we want them to do. It keeps us from harm and is “I” centric in its approach to decision making. This means it is more concerned with things like How will I look? “Will others judge me if I don’t know what to do? “Will I get my way?” And “Will others like or approve of me?” these are just a few examples of self-protective reactions that cause the Leadership Persona to emerge. It is an ego structure, created to help us survive, not thrive. It needs and wants others to recognize and approve of it and is there to make sure others see you as competent, strong, wise, knowledgeable, etc.

Our Leadership Persona enables us to adapt to external demands, however, if we don’t recognize these behaviors as self-protective, we over-identify with it, and don’t get the help and develop the skills we need. Instead, because it’s a survival strategy, our energies go into defending the image of ourselves as a “great leader”. Think Donald Trump and how often he tells people how great he is. He created that image of himself and constantly puts energy into promoting it, however, few would think of him as an inspirational, conscious, authentic leader.

As the Leadership Persona is adaptive, its agenda is to be seen as a “good” or “great” leader. This means when leading from their Persona, a leader will fashion themselves in the image of a leader they admire, trying to be what others expect them to be. Or, they may even read books on leadership voraciously, trying to “figure out” how to be a “good” leader, to be all things to all people, but never quite feeling they are good enough. They compare themselves to others and come up short. When leading from their Persona, leaders are locked into the idea that they are successful when they get things done, but never feel as though they are doing enough.

Dominance, while necessary to survive, isn’t necessary when we are working with and cooperating with others. The dominant approach of the patriarchal and matriarchal leader was necessary for the survival stage of our evolution. However, it has outlived its usefulness and is actually a detriment in organizations that still expect employees to be grateful they have a job. These leaders have lost the intrinsic power and leverage they used to have with employees when they were dependent on working for the same organization for life.

Effective leadership behavior ranges on a continuum with two opposing polarities: directive behavior and supportive behavior. Both types of behavior are necessary and need to be used by leaders to achieve their desired outcomes. However, when leaders aren’t trained and are unaware of skills they need to use with employees, they overuse their natural style or become self-protective to make things happen. Those who tend to be more directive naturally, have a Patriarchal or Matriarchal Persona and overuse intellectual, position or emotional power to drive performance. Those who are more inclusive or supportive, become submissive using a Permissive or Avoidant Persona, abdicating their power and allowing employees to do what they want regardless of what is required. Both can resort to the opposite of their natural behavior when they are unable to influence employee behavior and they become increasingly self-protective.

Patriarchal and Matriarchal leadership are approaches where leaders expect others to conform or follow without question. Both approaches tend to want to make decisions and heed the input from other leaders and direct reports. They make choices or decisions for others and tell them what to do. They expect their employees to be appreciative of them and be loyal to them. They behave as though adults are like children and aren’t capable of or can’t be trusted to make their own decisions. They enjoy their position power and ability to control the performance of their people.

Conversely, Permissive and Avoidant leadership are approaches that allow employees to be self-directed and do things as they see fit. It is a hand’s off style that operates as though everyone knows their own best way of doing things and inherently want to be left alone to do their own thing. These leaders prefer not to have to correct, direct or otherwise manage their employee’s performance. They believe adults are capable and shouldn’t need to be told how to behave. They don’t use their position power and try to “coach” rather than direct the performance of their people.

This is an overview of the four adaptive personas based on the preferred functions of the brain and their subsequent self-protective behaviors. Using the natural abilities of their personality, they will lead others from one approach or the other. It’s possible for leaders go from dominating to submitting when they are fed up with poor performance and vice versa when they are angry at an employee and don’t want to lose control.

The cost of leading from the Leadership Persona to organizations is significant as goals go unmet, tasks incomplete, or budgets and timelines are ignored. Employees are compromised and not allowed to develop when working for Dominant Leaders. In some organizations, chaos, missed deadlines and lack of accountability are a direct result of the Permissive or Avoidant Leadership Persona and lead to the organizational dysfunction consistent with each of the Personas. During times of crisis or stress, if we aren’t aware of functioning from our leadership persona, we end up creating an organizational dysfunction that is hard to reverse. The shift from surviving using a leadership persona to leading with authority involves getting to know your self-protective persona, your triggers and boundaries.

Knowing your leadership persona requires you know your Striving Style as we tend to use our preferred function in its development. Knowing your Style gives you insight into your natural leadership strengths, blind spots and triggers. It also provides your natural self-protective behavior and self-actualizing behavior. Self-awareness starts with a deeper understanding of your brain, the mechanics of your mind and the emotional drivers of your behavior.

Take the Striving Styles Assessment and find out more about your leadership style. It provides you with an in-depth understanding of your own brain’s organization and how to leverage its full capacity to achieve your potential.

For more information on leadership coaching and how to break free of the grip of the Saboteur Leadership Persona, contact Anne at adranitsaris@caliberleadership.com.

Learn how you can lead with authority. Get a copy of So You Think You Can Lead? on Amazon.